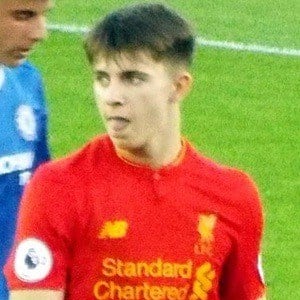 He grew up in Tattenhall, Cheshire, where he played soccer and cricket. He joined Liverpool's youth squad in 2007.

In 2017, he was nominated for the European Golden Boy award.

His father's name is Chris.

He has been managed by Jurgen Klopp at Liverpool.

Ben Woodburn Is A Member Of