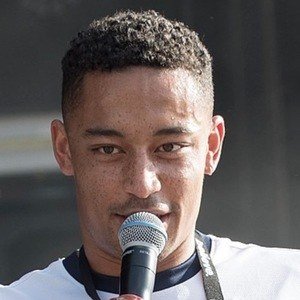 English rapper known as Loyle Carner who's music is defined by its raw, emotional nature, often relating to Carner's misgivings about his father and the death of his stepfather. He released the EP A Little Late in 2014.

Diagnosed with dyslexia and ADHD, he was often bullied. His first EP came out less than a year after his stepdad was killed.

He appeared briefly in the movie 10,000 BC. He studied drama at the BRIT School, but didn't finish his studies. His stage name is a reimagining of his last name.

With his father largely out of this picture and his mother working late at night, he was largely raised by his grandparents. He has a younger brother named Ryan.

Benjamin Coyle-Larner Is A Member Of