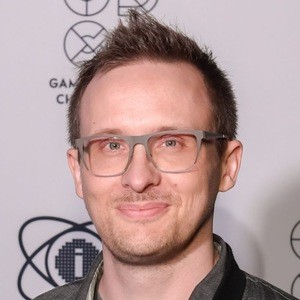 Creator of the 2008 game QWOP who went on to be an instructor at NYU Game Center. In 2017, he released the video game Getting Over It with Bennett Foddy and put out games in between called GIRP, CLOP, Get on Top, Zebra, Multibowl and a couple of others.

He was trained as a moral philosopher on topics of drug addiction at the University of Melbourne. He was doing postdoctoral research at Princeton University and part of the staff at University of Oxford when he began developing QWOP.

He played bass for an electronic group called Cut Copy.

The woman he married designed hats for a living.

He and Todd Howard are both game designers.

Bennett Foddy Is A Member Of