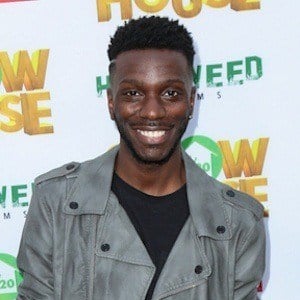 Actor who is famous for his regular recurring roles on TV. In 2016, he was cast to star on the ABC sitcom The Mayor as Jermaine. He initially rose to wider fame for his role as Braden on the series S***** Boyfriends in 2015.

He earned his B.A. in acting from Morehouse College. He earned his first on-screen credit in 2009 on Tyler Perry's TV series Meet the Browns as Milo, which would become a recurring role.

He has starred in a litany of CollegeHumor Original sketches online. He appeared in the 2013 sci-fi thriller film +1.

He was originally born and raised in Paterson, New Jersey.

While a student in college, he earned a spot as a background singer on Lyfe Jennings' international tour.

Bernard David Jones Is A Member Of