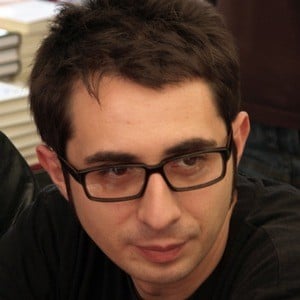 Spanish comedian who's best known for his appearance on Andreu Buenafuente's late show Buenafuente on laSexta. He also appeared on Late Motiv and the TV show Zombis.

His career started by making his debut as a host on the program El gran què in 2007.

He had his own talk show called El programa de Berto in 2009.

He has three children, Lucas, Tomás, and Paula.

He starred as Pau Serra in the 2015 comedy film Spanish Affair 2 alongside Dani Rovira and Clara Lago.

Berto Romero Is A Member Of