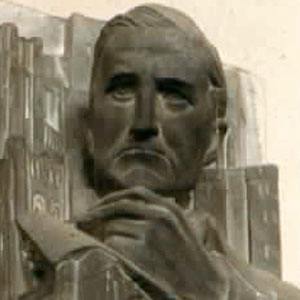 Designed the Cathedral of St. John the Divine in New York City. Also designed the Cheltenham and Merrymount typefaces.

He moved to New York in 1884 to apprentice with Renwick, Aspinwall and Russell, of which the famed James Renwick, Jr., was a partner. He won the St. Matthew's design competition in Dallas in 1891.

He had a neo-gothic style but also experimented with Byzantine revival and Spanish colonial revival.

He was homeschooled by his mother, Helen Grosvenor, until he was 11, after which he attended Russell's Collegiate and Commercial Institute.

Bertram Goodhue Is A Member Of