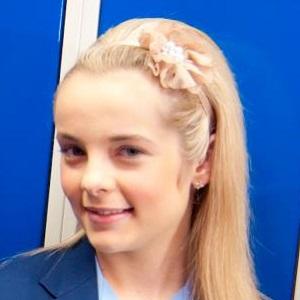 British actress, singer, and dancer who appeared on Britain's Got Talent and starred in the TV series My Phone Genie.

She started dancing and singing when she was just four years old.

She appeared in the 2009 film Nativity!

Her parents, Sarah and Andy Cursons, raised her and her younger brother, Billy, in Hampshire, England.

Britain's Got Talent judge Simon Cowell praised Cursons' musical theater performance on the show as the most professional audition he had seen in the competition.

Bessie Cursons Is A Member Of