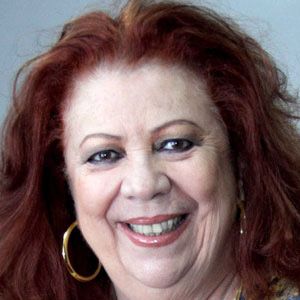 Brazilian singer and guitarist who released songs like "Coisinha Do Pai" and who was credited with popularizing the samba sound in the 1970s and 1980s.

She started playing the guitar as a teenager and won a nationwide song contest at age nineteen.

Her 1979 song "Coisinha Do Pai" was inserted into the Mars Pathfinder spacecraft.

Her father, Joao Francisco Leal de Carvalho, was a lawyer. In 1979, she married Edson de Souza Barbosa. They had a daughter named Luana together.

She and songwriter Ary Barroso are responsible for some of samba's biggest hits.

Beth Carvalho Is A Member Of