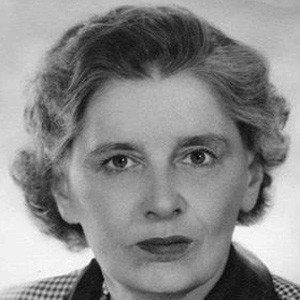 Feminist intellectual, journalist and author whose most famous politically and historically-themed works include Black Lamb and Grey Falcon, The New Meaning of Treason, and A Train of Powder. She was also a novelist; her debut work of fiction, The Return of the Soldier, was adapted into a 1982 film starring Alan Bates and Julie Christie.

Despite leaving school at the age of sixteen, she quickly rose to fame as a journalist and respected critic. She published numerous pieces in The New Republic, the New York Herald Tribune, The Daily Telegraph, and other prominent newspapers.

She married Henry Maxwell Andrews when she was thirty-seven years old and had a ten-year affair with author H.G. Wells that produced a son, Anthony West. She allegedly also had affairs with Charlie Chaplin and newspaper magnate Lord Beaverbrook.

She met HG Wells in 1913, after having written a negative review of his novel, Marriage.

Rebecca West Is A Member Of