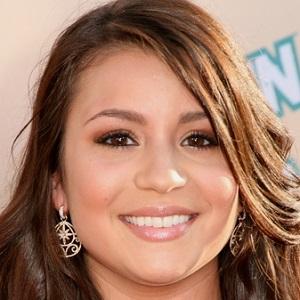 Actress who played Patti Perez on Unfabulous. She received additional fame as Lulu Khandan on the TeenNick series Gigantic.

She made her television debut at age nine on a 1997 episode of Law & Order.

She has acted in the TV movies The American Mall and Naughty or Nice.

She had a romantic relationship with Kenneth Schmidt in 2004.

She guest-starred on an episode of The Secret Life of the American Teenager with Shailene Woodley in 2013.

Bianca Collins Is A Member Of