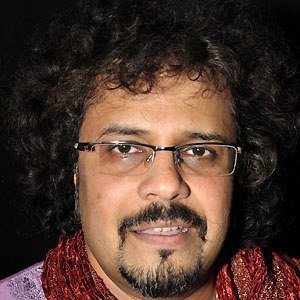 A tabla player of Hindustani classical music. He was influenced by the thumri and khayal genres and was known for "Folktail" and other albums.

He earned his Master's in English Literature from Jadavpur University. He collaborated with George Harrison prior to the famed Beatles' death.

He won the 2012 Global Indian Music Awards for Best Pop/Rock Single for "Vande Mataram," which featured musicians from all across India.

His father Pandit Shankar Ghosh taught him to play the tabla. His father had collaborated with Ustad Ali Akbar Khan.

He was featured on the 2005 Anoushka Shankar album "Rise," which was released on Angel Records.

Bickram Ghosh Is A Member Of