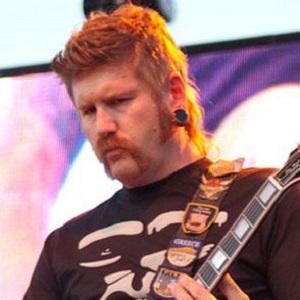 Co-guitarist for the heavy metal band Mastodon who started out in the groups Lethargy and Today is the Day.

He moved from Victor, New York to the Atlanta area where his music career took off.

He won the Metal Hammer Golden Gods award for best shredder in 2007.

He and his wife have two sons.

A Star Wars enthusiast, one of his two sons is named after actor Harrison Ford.

Bill Kelliher Is A Member Of