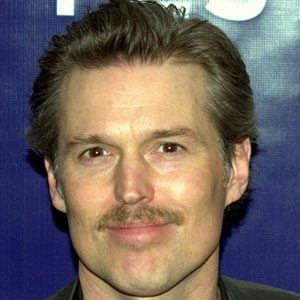 American actor who played the roles of Tom Baker, Kurt Harrington, David Van Patten, and Mr. Wicher in the respective works I Shot Andy Warhol, Sex and the City, American Psycho, and Precious.

One of his earliest roles came in 1992 when he played Dennis McCabe in Simple Men. He followed that with performances in Flirt and The Perez Family.

He was born in New York City, New York and attended State University of New York at Purchase.

He had a minor role in the Al Pacino starring film The Insider.

All Summers End
American Psycho
We Are What We Are
More