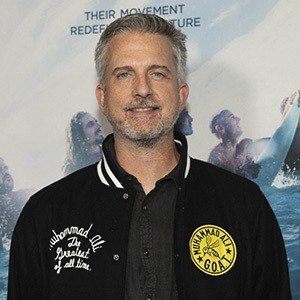 Legendary sports columnist and fan favorite across the country, as well as an executive producer of the highly popular program 30 for 30.

He worked for the student paper in college by writing a column called Ramblings. He later became their sports editor.

A huge Boston sports fan, he first became popular as The Boston Sports Guy. He later covered sports in general for ESPN and became known as The Sports Guy.

He married Kari Simmons, whom he referred to as the Sports Gal, and the couple had a daughter and son together.

He moved across the country to write for Jimmy Kimmel and his show. He left after a year but stayed in California.

Bill Simmons Is A Member Of