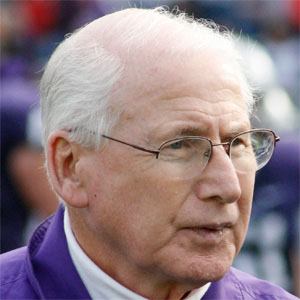 College football coach who debuted as a head coach in 1989 for Kansas State.

He was a two-way player at William Jewell College, and a Graduate Assistant coach at USC.

He had five children with his wife Sharon Snyder.

Bob Stoops served as his assistant coach before moving on to the head coaching position at Oklahoma.

Bill Snyder Is A Member Of