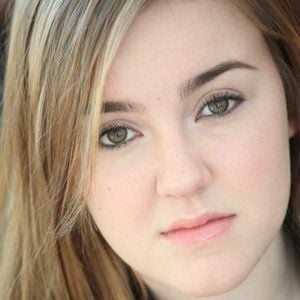 Actress who rose to fame as a child portraying Gracie Mabel in the sitcom According to Jim starring Jim Belushi.

She was cast in her debut role on According to Jim after she was scouted performing in a school production of Mary Poppins.

In 2012, she made her silver screen debut in the comedy Eloise in Paris.

She was born Sarah Russo. She has two sisters Chelsea and Hailey, and is the youngest in a family of four sisters.

In 2003, she appeared alongside Jim Belushi, Jason Alexander, and William Shatner in the music video for Brad Paisley's "Celebrity".

Billi Bruno Is A Member Of