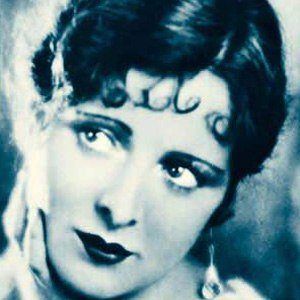 She became one of the most popular movie actresses of the 1920's and starred in the 1932 film Blondie of the Follies.

She was the core provider of her family while growing up, and made her money working as a model.

She starred with Douglas Fairbanks in the 1926 hit technicolor film The Black Pirate.

Billie Dove Is A Member Of