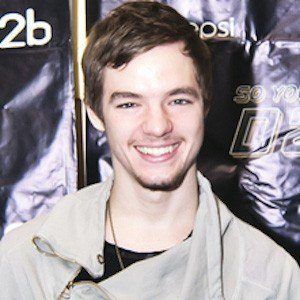 Professional dancer and choreographer who became known for his roles in Broadway's West Side Story and Fox's So You Think You Can Dance seasons six and seven. He is the founder of the Dreyfoos Dance Ensemble and Billy Bell's Lunge Dance Collective and has toured all over the U.S. for his contributions in dance.

He graduated from Alexander W. Dreyfoos School of the Arts. He also trained at The Juilliard School.

He danced with Liza Minnelli and Joel Grey in Back to Back Broadway.

He was born and raised in West Palm Beach, Florida.

He was featured in Britney Spears' "Hold It Against Me" video.

Billy Bell Is A Member Of