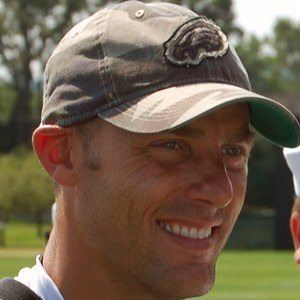 NFL placekicker who was selected to six Pro Bowls as a member of the Philadelphia Eagles from 1999 to 2010 and the San Francisco 49ers from 2011 to 2012 before joining the Detroit Lions in 2013.

He played college football at the University of Louisville.

He set NFL records for the most field goals made and most points scored by a kicker in a single season.

He fathered two sons with his wife Erika, whom he married in 1997.

He spent several seasons kicking for Andy Reid and the Philadelphia Eagles.

David Akers Is A Member Of