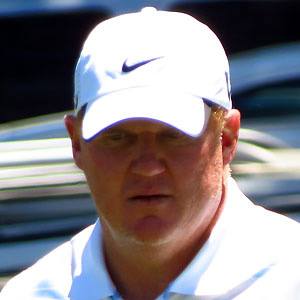 Former NFL journeyman quarterback who played for seven teams in his 12-year career.

He was drafted 51st overall in the 1989 NFL draft by the San Diego Chargers.

He was inducted into the Texas Tech Hall of Fame after setting the school record for passing yards, attempts, completions and touchdowns.

He and his wife Sheila have five children: Charles, Austin, Mackenzie, Bryce and Brody.

He was teammates with Joe Horn on the New Orleans Saints in 2000.

Billy Joe Tolliver Is A Member Of