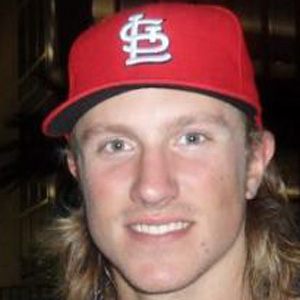 Quarterback who starred for the University of Missouri and played for the Jacksonville Jaguars from 2011 to 2013.

Drafted by the Jaguars as the 10th overall pick in the 2011 NFL draft, he signed a $12 million 4-year contract with the team.

He had a rough start to his career with the Jaguars, completing just 50% of his passes his rookie year while being sacked 40 times, the third most of any quarterback in the league.

He was born in Ballwin, Missouri.

Mark Brunell was another QB for he Jacksonville Jaguars, their first one when the team was established in 1995.

Blaine Gabbert Is A Member Of