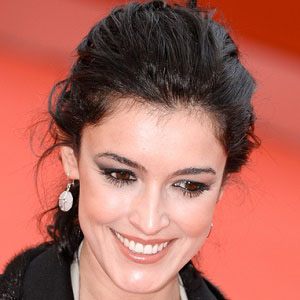 Perhaps most well known for her series regular role as Irene Calvo in the Spanish television series Fisica o Quimica (Physical or Chemical), she is also recognized for her Goya Award-nominated work in the 2009 film After. In addition, she starred as Tara Riva in the drama series L'Isola and portrayed Laura in the television thriller Bajo Sospecha.

Before beginning her acting career, she worked as a Madrid and Paris-based fashion model and wrote several songs.

She starred as Clara in the 2011 film Los Muertos No Se Tocan, Nene.

Her marriage to famous Spanish bullfighter Cayetano Rivera Ordonez began in 2001 and ended in 2004. Through other relationships, she has children named Lucia (born in 1998) and Martin (born in 2012).

She and fellow Spanish actress Maribel Verdu both appeared in the 2012 feature film Fin (The End).

Blanca Romero Is A Member Of