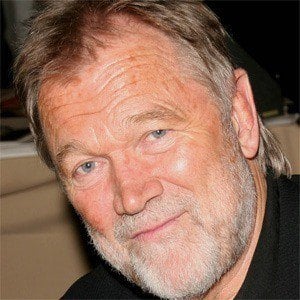 Swedish actor who has had roles in notable films such as the 1978 version The Inglorious Bastards as Lt. Robert Yeager, the 1986 picture The Delta Force as Captain Campbell, and Choke Canyon as Captain Oliver Parkside.

He got his start in television in a guest role for the series The Flipper. Two years later he appeared on N.Y.P.D. and followed it with appearances in Mission: Impossible and Ironside.

He portrayed Buford Pusser in the second and third installments of the Walking Tall film franchise.

He married Lise Svenson in 1966 and together they had three children.

He received a cameo role in Quentin Tarantino's Inglorious Basterds thanks to his role in the original, slightly altered spelling version of the film.

Bo Svenson Is A Member Of