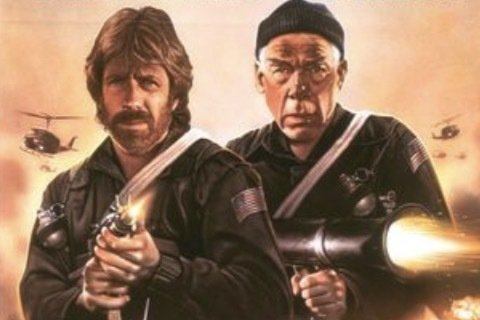 Based on the real life U.S. Army Delta Force unit, the film sees an elite squad of Special Forces troops sent in to help resolve a crisis involving a hijacked plane. The Menahem Golan film was based on the hijacking of TWA Flight 847.

The movie was the final one in which Lee Marvin would appear. Liam Neeson appeared in the film in an uncredited role. It spawned sequels called Delta Force 2: The Colombian Connection and the direct-to-video Delta Force 3: The Killing Game.