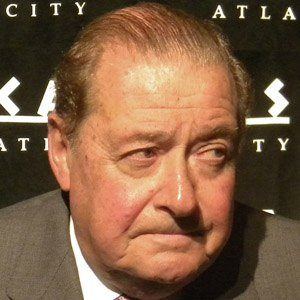 Founder and CEO of Top Rank, a Las Vegas-based professional boxing promotion company that promoted Muhammad Ali in the 1960's. His office was raided by the FBI in 2004 as a result of allegations that his company had fixed a boxing match.

After he read surveys that showed that the sport of boxing was most popular in Hispanic communities, he began promoting Hispanic fighters.

He was raised in the Jewish faith. His marriage produced one son; he also parented a step-son and a step-daughter.

He was involved in a forty-year feud with fellow boxing promoter Don King.

Bob Arum Is A Member Of