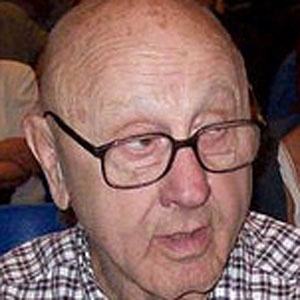 He attended the University of Iowa, where he finished third in at the 1948 NCAA Wrestling Championships.

Following his wrestling career, he became president of the National Wrestling Association from 1978-1987.

He married Vera Geigel in his early 20s, they had three daughters together.

While president of the NWA he was a strong supporter of Harley Race.

Bob Geigel Is A Member Of