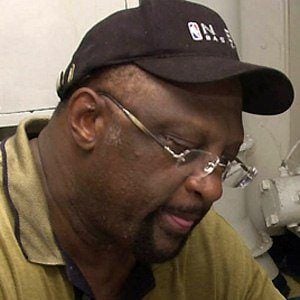 8-time NBA All-Star center who played for 15 seasons with the Detroit Pistons and Milwaukee Bucks. He was inducted into the Naismith Memorial Basketball Hall of Fame in 1992. He became interim head coach of the Golden State Warriors in 1995.

He was first overall pick in the 1970 NBA Draft.

He became one of the few players in NBA history to have his number retired by two different teams. He died at the age of 73 after suffering from an illness.

He raised four children with his wife Rose.

He played alongside fellow Hall of Famer Dave Bing on the Detroit Pistons in the 1970s.

Bob Lanier Is A Member Of