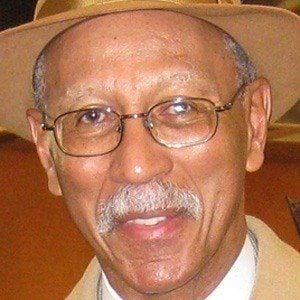 7-time NBA All-Star guard who led the league in scoring in 1968 as a member of the Detroit Pistons. He went into politics after his basketball career and became the mayor of Detroit in 2009.

As a child, he developed fuzzy vision in his left eye after poking himself with a nail sticking out of a wooden horse.

He was a consensus First Team All-American during his final season at Syracuse and was selected 2nd overall in the 1966 NBA Draft by the Pistons.

He and Isiah Thomas both had their jerseys retired by the Detroit Pistons.

Dave Bing Is A Member Of