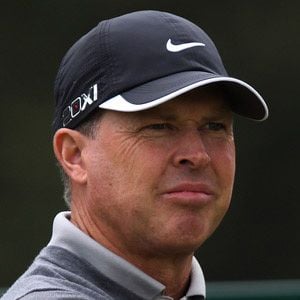 Winner of eight PGA Tours who spent more than six months in the top 10 of Official World Golf Rankings.

He was a three-time All-American at Oklahoma State University.

He was PGA Player of the Year in 1986 when he finished with four victories, including a major.

He married his wife, Tammy, after finishing college.

He won the 1986 PGA Championship with a two-stroke margin over Greg Norman.

Bob Tway Is A Member Of