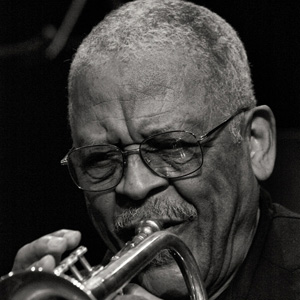 Jazz trumpeter, cornetist, composer, and bandleader who in 2009 was honored with the Festival of New Trumpet Music's second Award of Recognition. He had a long-running and fruitful collaboration with clarinetist John Carter.

He began playing for Ornette Coleman's ensemble until he was drafted by the U.S. Air Force, where he played in military bands.

He was hired to teach The History of Jazz at Pasadena City College and Pomona College in Claremont.

He was born in Cleveland, Mississippi, but his family raised him in Dallas after moving there in 1946. His mother was jazz singer Carmen Bradford.

He performed with his former student David Murray.

Bobby Bradford Is A Member Of