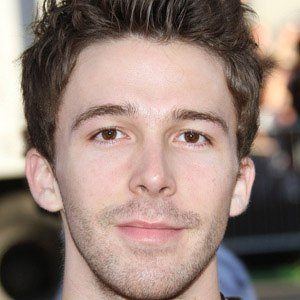 American singer with the boy band Varsity Fanclub who has formerly worked as a voice actor.

He first began acting at the age of nine. His first role was in a straight-to-video Mary Kate and Ashley film.

He has one sister named Ashley Edner.

He appeared in the music video for the Jennifer Lopez song "Ain't It Funny."

Bobby Edner Is A Member Of