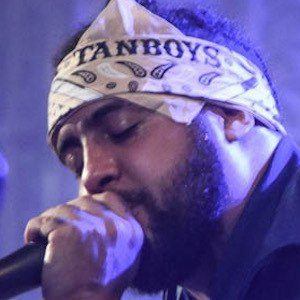 Rapper known for his debut mixtape, "Strictly 4 P.A.P.I.Z." It was released in October 2012, and features appearances from ASAP Ferg and Joell Ortiz, among others.

He grew up performing in church plays, which helped in his discovery of his love of performance. He also attended the Harlem School of the Arts growing up, where he gained an appreciation for music as an art form. He learned to play various instruments while a student.

In 2014, he released an EP, called "Sunday Service." He followed this up in 2015 by releasing his debut album, "Sidewalk Exec."

He was born and raised in Spanish Harlem, New York City. He has one younger brother. His father was of Dominican descent, with his mother being of Puerto Rican descent.

He has toured with Danny Brown.

Bodega Bamz Is A Member Of