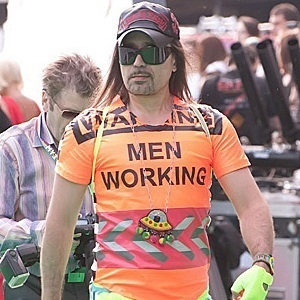 Russian rapper who became one of his country's first successful hip-hop artists as a member of the duo Car-Man. He later found success as a solo artist with albums like 2010's Delicate and Rough.

He played guitar and piano as a child. He served in the Russian military.

He began working at the Peretz television station in 2011.

Both of his parents were engineers.

His rapping style is influenced heavily by early hip-hop pioneers like MC Hammer.

Bogdan Titomir Is A Member Of