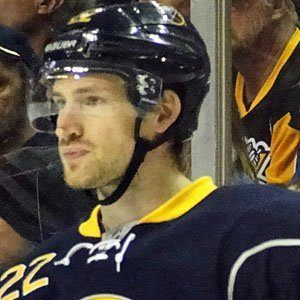 NHL right winger who joined the Florida Panthers in 2013, after playing for the Islanders, Sabres, Blues, Bruins and Sharks.

He has a brother and two younger sisters.

He played alongside John Tavares on the New York Islanders during the 2012-13 season.

Brad Boyes Is A Member Of