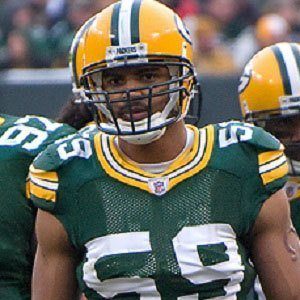 He was All-State and team MVP at East Lansing High School, and played college ball at the University of Colorado, where he had consistently solid defensive years.

Selected by the Packers in 2009, he got a chance to start in place of the injured Aaron Kampman, and immediately impressed the coaching team with his talent and ability to learn the game.

He was born in Lansing, Michigan.

Mike McCarthy was the Packers' coach during the 2011 Super Bowl victory.

Brad Jones Is A Member Of