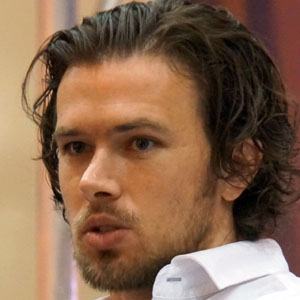 He was in Ohio Valley Wrestling for three years, and in Florida Championship Wrestling, the WWE's development league.

His attack on Ryback set off a whole series of events in the WWE that eventually resulted in a brawl between him and The Shield.

He was born Tyler Kluttz, of Greek heritage, in Tega Cay, South Carolina.

Ryback got his revenge after Maddox cost him a match by throwing him into an ambulance a week later in their match.

Brad Maddox Is A Member Of