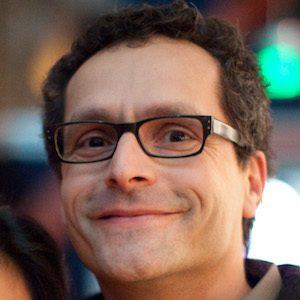 Entrepreneur and executive first known as a co-founder of the tech firm Virage, Inc. He then went on to become VP of Advanced Development at Yahoo and then VP of Product and Photos and Streams at Google.

After completing his bachelor's in computer science from the University of Michigan in 1989, he went on to complete a master's in media science from MIT Media Labin 1991.

Known as an angel investor, he has invested in startups like Dropcam and Change.org.

He married designer Irene Au who has worked with companies like Netscape, Yahoo, and Google.

Both he and Sundar Pichai are executives who have worked for Google.

Bradley Horowitz Is A Member Of