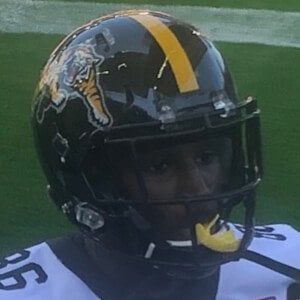 Running back who rose to fame for his play for the Oregon Ducks' NCAA football squad. He played as a regular contributor to nationally-ranked teams, and was signed as an undrafted free agent by the Denver Broncos following the 2016 NFL Draft.

He was ranked as a four-star recruit coming out of high school. He appeared in all 13 games as a true freshman for Oregon in 2012.

He has played for the Denver Broncos' and Chicago Bears' practice squads and active rosters as an NFL player.

He was originally born and raised in Missouri City, Texas.

He played for the Oregon Ducks alongside Marcus Mariota.

Bralon Addison Is A Member Of