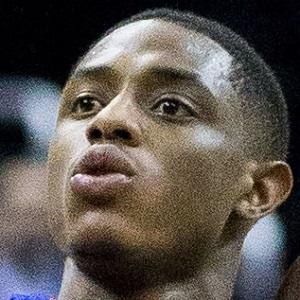 NBA guard who began his career with the Detroit Pistons, then spent a year and a half with the Milwaukee Bucks before a 2015 trade sent him to the Phoenix Suns.

He attended Pine Crest School before helping the University of Kentucky reach the final four in his freshmen season.

He played in the 2010 McDonald's All-American Game for charity.

He began his career playing point guard for the same team Hall of Fame point guard Isiah Thomas starred for about two decades before him.

Brandon Knight Is A Member Of