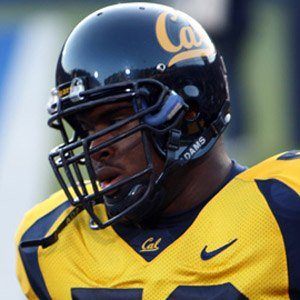 Defensive tackle who made his NFL debut in 2007 for the Seattle Seahawks after getting drafted by the team in the third round earlier in the year.

He played football at Crenshaw High School in California.

He played collegiately for the University of California, recording 109 tackles and 14.5 sacks.

He married Amena Jefferson Mebane. He was born to Walter and Joyce Mebane.

Quarterback Matt Hasselbeck was his teammate on the Seahawks.

Brandon Mebane Is A Member Of