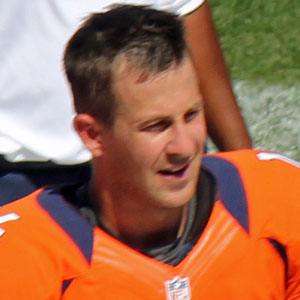 NFL wide receiver who debuted in 1999 for the Baltimore Ravens. He won Super Bowl XXXV with the Ravens and Super Bowl XLI with the Indianapolis Colts.

He starred at the University of Louisiana at Lafayette, and was selected in the 4th round of the 1999 NFL Draft.

He enjoyed his best season in 2004 with the Colts, when he topped 1,000 receiving yards for the only time in his career while catching 10 touchdown passes from star quarterback Peyton Manning.

He married Lana Stokley, a star softball player, and had two children with her.

Brandon Stokley Is A Member Of