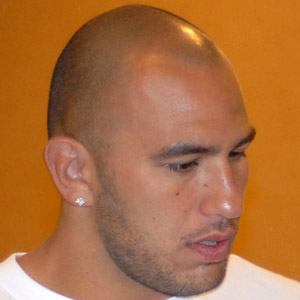 He dropped out of Old Dominion University to enlist in the United States Air Force.

He went undefeated for the first 8 fights of his professional MMA career.

He has three brothers and one sister, as well as three half siblings.

He earned a TKO victory against Frank Mir at UFC 65.

Brandon Vera Is A Member Of