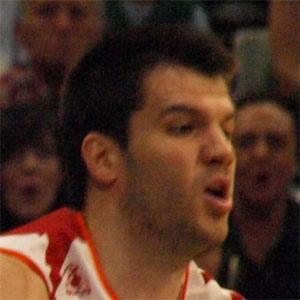 Small forward who made his professional debut in 2001 for Spartak Subotica; former member of the Serbian national team.

He played youth basketball at Spartak Subotica before turning pro.

He was born in Gracanica, Yugoslavia.

Branko Cvetkovic Is A Member Of