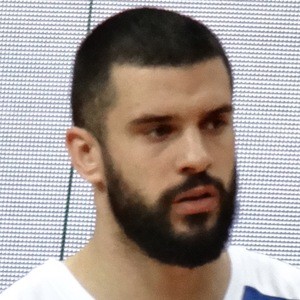 He went undrafted by the NBA in 2011 and then signed a one-year contract with Crvena Zvezda.

He posted a photo of him and his daughter to Instagram in May 2018.

He and Jan Vesely are both basketball players who took part in the Serbian Cup.

Branko Lazic Is A Member Of