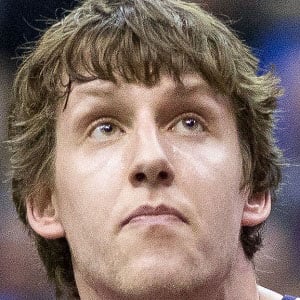 Sixth overall pick of the Washington Wizards in the 2011 NBA Draft who was a 2010 FIBA Europe Young Men's Player of the Year Award winner.

He was traded to the Denver Nuggets in a 3-team trade in February of 2014.

He comes from an athletic family. His father and sister played basketball while his mother played volleyball. His girlfriend, Eva Kodouskova, is also a basketball player.

His game has been compared to Dirk Nowitzki.

Jan Vesely Is A Member Of