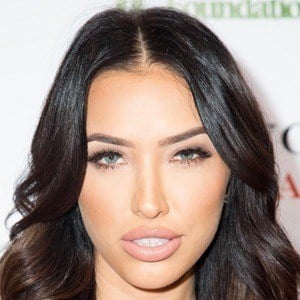 Model turned Instagram star with over 500,000 Instagram followers and counting. She became known as a Megan Fox lookalike and was featured in several publications for her resemblance to the actress including Loaded, Playboy, and Brobible.com, among others. She is frequently asked about her relationship with her boyfriend Nick Cannon in public.

She's originally from Los Angeles, California. She married Johnny Manziel in 2018 but the two separated in 2019. In January 2022, Nick Cannon announced that he and Tiesi were expecting a baby boy, which will be his eighth child and her first.

She was featured in an ad for Effen Vodka with 50 Cent. She has worked with brands like Ciroc, Revolve and Ethika.

Bre Tiesi Is A Member Of