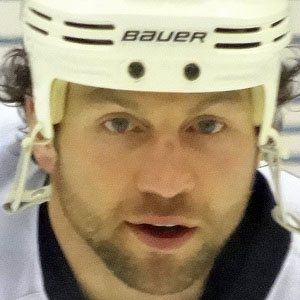 NHL left winger best known for his time with the Dallas Stars from 1999 to 2013. He also won a gold medal as a member of the Canadian national team at the 2010 Winter Olympics.

In 2002, he married Anne-Marie Carbonneau, the daughter of Montreal Canadiens legend Guy Carbonneau. He and Anne-Marie have two daughters named Bryelle and Mallory and a son named Brody.

Longtime coach Ken Hitchcock was his first NHL coach on the Stars.

Brenden Morrow Is A Member Of