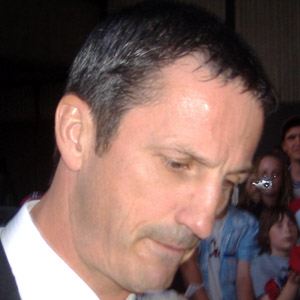 Former NHL player who won two Stanley Cups with the Montreal Canadiens and one with the Dallas Stars. He was a three-time winner of the Frank J. Selke Trophy.

He became President of the Chicoutimi Sagueneens in the Quebec Major Junior Hockey League.

He has children named Kristina and Anne-Marie.

He and the Canadiens beat Wayne Gretzky and the Los Angeles Kings in Game 7 of the Stanley Cup Final in 1993.

Guy Carbonneau Is A Member Of