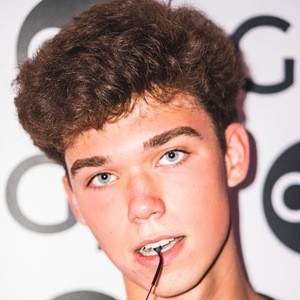 Online creator popular on a self-titled Instagram account in addition to being known for collaborating with his twin brother under the collective name LaTarte Twins.

He has enjoyed playing lacrosse and doing photography. He became a 3rd degree black belt in TaeKwonDo and trained in Brazilian Jiu-Jitsu.

He aspired to model and acted in a 2017 movie called Wood Dan.

He is the identical twin brother of Tyler LaTarte.

He is a friend of Alex Warren and Trenton Negrete.

Brenden LaTarte Is A Member Of