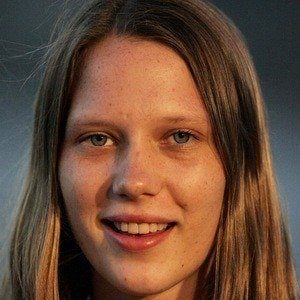 In 2005, she co-wrote a children's book with her mother Vicki entitled The Rainbow Cubby House.

She became the president of the non-profit organization Wear it Purple.

She was raised by her two mothers, Vicki and Jackie.

She stars in Puberty Blues alongside Ashleigh Cummings.